Apply for a FREE Consultation
Talk to a Therapist

To Schedule An Appointment Call: 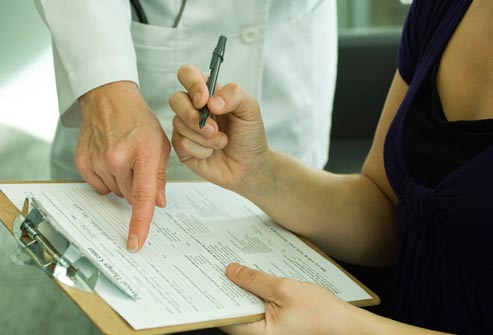 Fill out your paperwork before you visit.  This helps your visit go smoothly and start on time. Click on the following links to download it for your first visit.

Please be accurate in filling out this paperwork, but don't worry, we will ask many questions at your evaluation to make sure we are all on the same page.

Required Paperwork for your First Visit

This is a history of your current problem.  Please include any other health conditions, your pain level, and your goals as well to help us develop the best plan of care for you.  Don't forget to sign at the bottom. Click HERE!

This is information about you including your email address, phone number, address, and insurance information.  Please be complete and don't forget the bottom portion with how you heard about us.  Click HERE!

This is to allow us to legally treat you.  Please include anyone you would like us to release information to. (Your doctor and spouse are automatically included)  Make note of our cancellation policy.  Click HERE!

Check out our Frequently Asked Questions!

Do you take my insurance? We try to work with all insurances! +

We are constantly working with insurance companies to provide service in-network, but with some insurances we are required to bill out-of-network.  We encourage you to be familiar with your insurance benefits so you know what they will cover.

Many of our patients choose our self pay option to avoid insurance challenges or to take advantage of our other cash pay services.  If you want to learn more about this either call us or ask at your visit.

You can expect to receive treatment on your first visit, and will be given some things to do at home.  Depending on the treatment plan you and the therapist determine is best, you will then schedule your follow up visits.

Insurance questions will also be answered at this visit.

How often will I need to come? Frequency of treatment depends on the plan +

Your treatment plan is determined by you and your therapist.  After an evaluation and discussion on your diagnosis, an optimal treatment plan will be designed.

The average number of treatment in therapy is usually between 8 and 12 visits to resolve most issues.  Obviously that number varies with extent of the injury and individual differences.

The answer to this question depends on what we are treating.  For those who are post-operative, such as knee replacements and rotator cuff repairs, yes, there is some discomfort associated with treatment.

With scoliosis and back pain, as well as many other orthopedic issues, we actually want to minimize pain.  Controlling this pain is essential to getting muscles contracting normally and avoiding compensation.

Most of the time, if there is pain involved, we try to change the exercise or do something different to avoid the increase in pain.  Most of the time it is not "no pain no gain".

Some treatments like ASTYM and deep tissue massage are uncomfortable at the time, but should not cause more pain later on.

The answer to this question is based on what service you are looking for.  We have different levels of treatment as well as packages that include discounts on massages and other services.

Contact us for more information on Self Pay rates for specific treatment and our current deals!

The Schroth Method (pronounced shroth) is a method developed by Katrina Schroth in Germany in the 1950's.  She had suffered with scoliosis for most of her life and realized that certain things she did helped to reduce the appearance of her scoliosis and helped relieve her pain.  From those exercises, the Schroth Method was born.

Over the years, there have been many changes to the Schroth Method to adjust and modify it according to current research, but the principles are still the same.  Reduce the Scoliosis Posture!

Because of the nature of scoliosis, and the fact that no two scoliosis curves are the same, the exercises need to be modified and tailored to each individual.

To learn exercises specific to one's curve takes time and a lot of repetition.

How long with each visit take? Each visit will take.... +

Your first visit is usually longer and will take between 60 and 90 minutes.  Follow-up visits are usually between 45 and 60 minutes in length.

You will be asked to do exercises and other things at home to help you progress faster.

What other spine problems do you treat? We treat most spine conditions! +

Scoliosis is one of our main focuses because it is a very specialized condition, but because of our focus on the spine, we are uniquely qualified to treat a long list of spinal conditions including:

Should I just wait until after surgery? Treatment before surgery yields better outcomes! +

Many people think they will just end up needing surgery for their chronic back pain or for other issues that have been going on for a while.  While it is true that some conditions will require surgery, there are MANY others that can benefit from physical therapy before surgery, and which may actually be able to avoid surgery if done correctly.

Post surgical treatment is something we routinely do, but one of our main goals is to avoid surgery if possible and still meet the patients' goals.

Strengthening prior to surgery can also be helpful to improve outcomes following surgery.  Ask your doctor about therapy before surgery to optimize your recovery.

If you have questions that were not answered above, please fill out the form and we will get back to you as soon as possible with an answer.

With being a specialized clinic comes the need for highly trained and skilled therapists.  Only those with training and skills to match our core values are able to work at Align Therapy.  We have some of the best Therapists around, and they help our patients every day meet their goals. 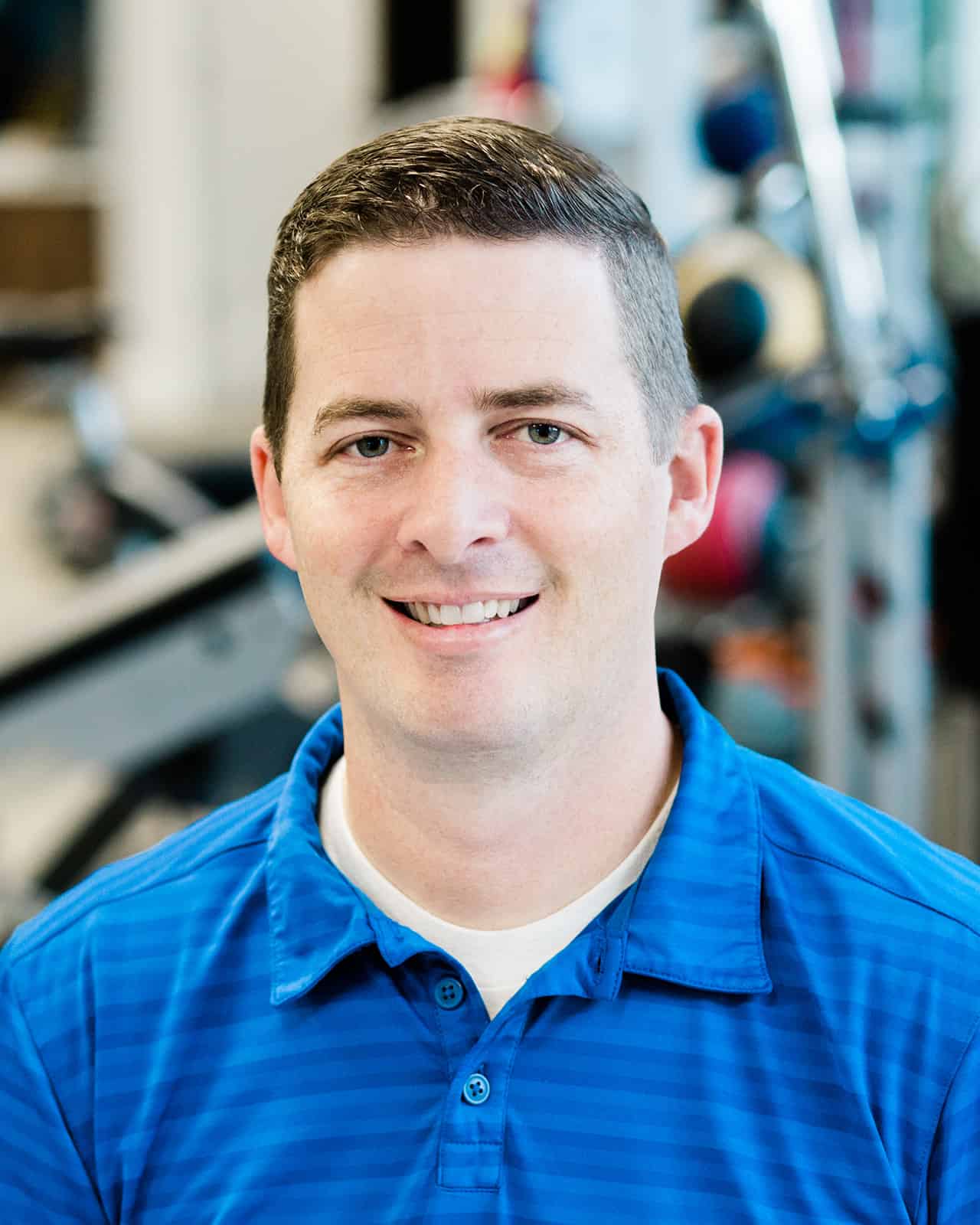 Born and raised in Utah, David founded Align Therapy in 2015 to provide specialized service in a way that was different than other Physical Therapy clinics.

He is certified in the Schroth Method and SEAS Approach for the conservative treatment of Scoliosis, and is a Board Certified Orthopedic Specialist with an emphasis on the Spine. 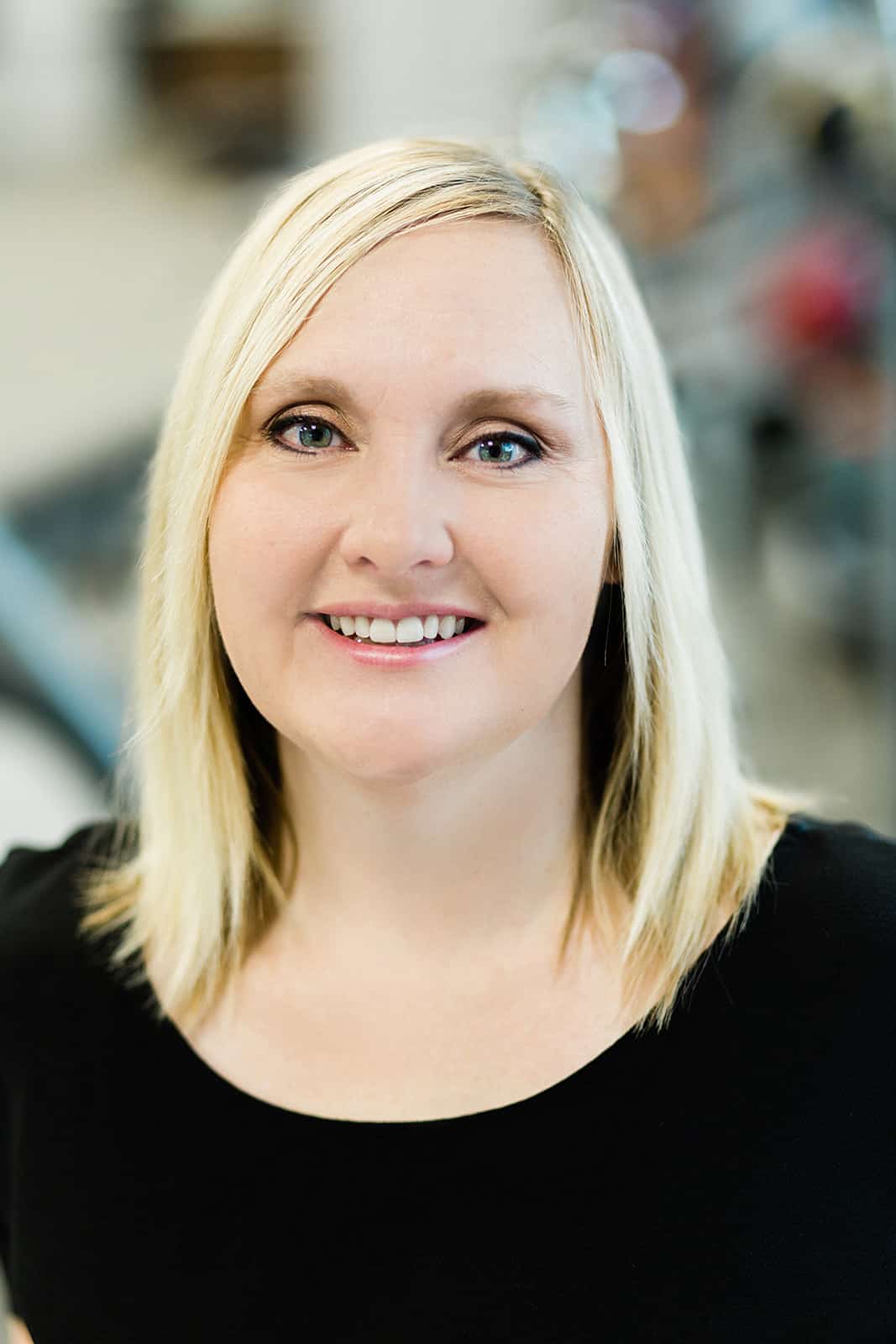 Dionne grew up in Central Utah and received her Massage Therapy degree from Provo College.  She has been working with many different types of patients and when Align Therapy opened, it was a natural thing to add massage.

She specializes in Deep Tissue massage but also has been working to develop Scoliosis and Spine Specific Massage Techniques to help with our specialties. 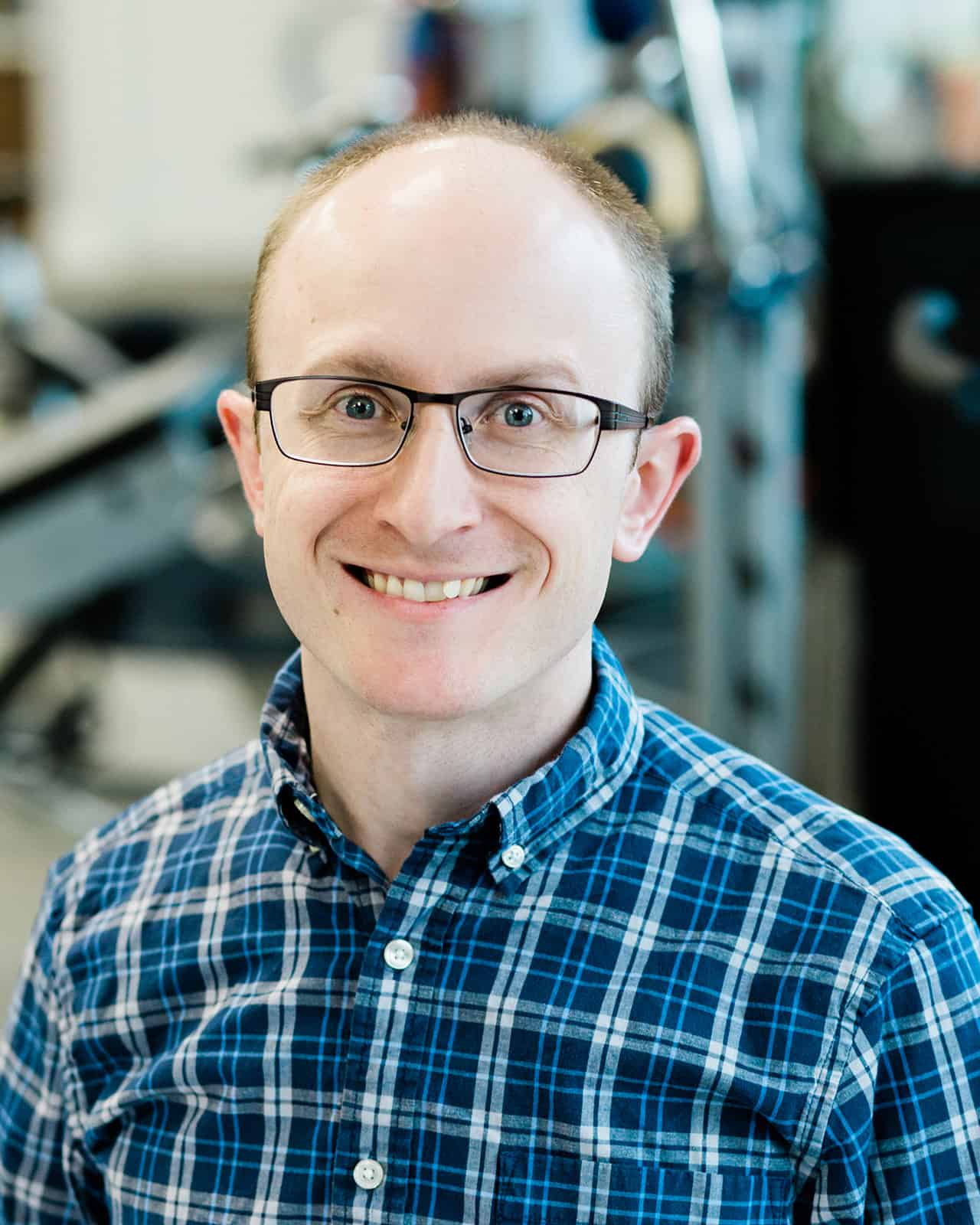 Korey is from Alabama but has grown to call Utah his second home. He received his Doctorate of Physical Therapy degree from Rocky Mountain University of Health Professions in 2018.

He has experience treating various orthopedic conditions in multiple healthcare settings. Always eager to learn, he is currently pursuing certification by the Scoliosis Barcelona Institute in the treatment of scoliosis using the Schroth Method.

In his spare time, Korey can be found spending time with his amazing wife Allyson as they prepare for their firstborn son to arrive January 2019!  READ MORE... 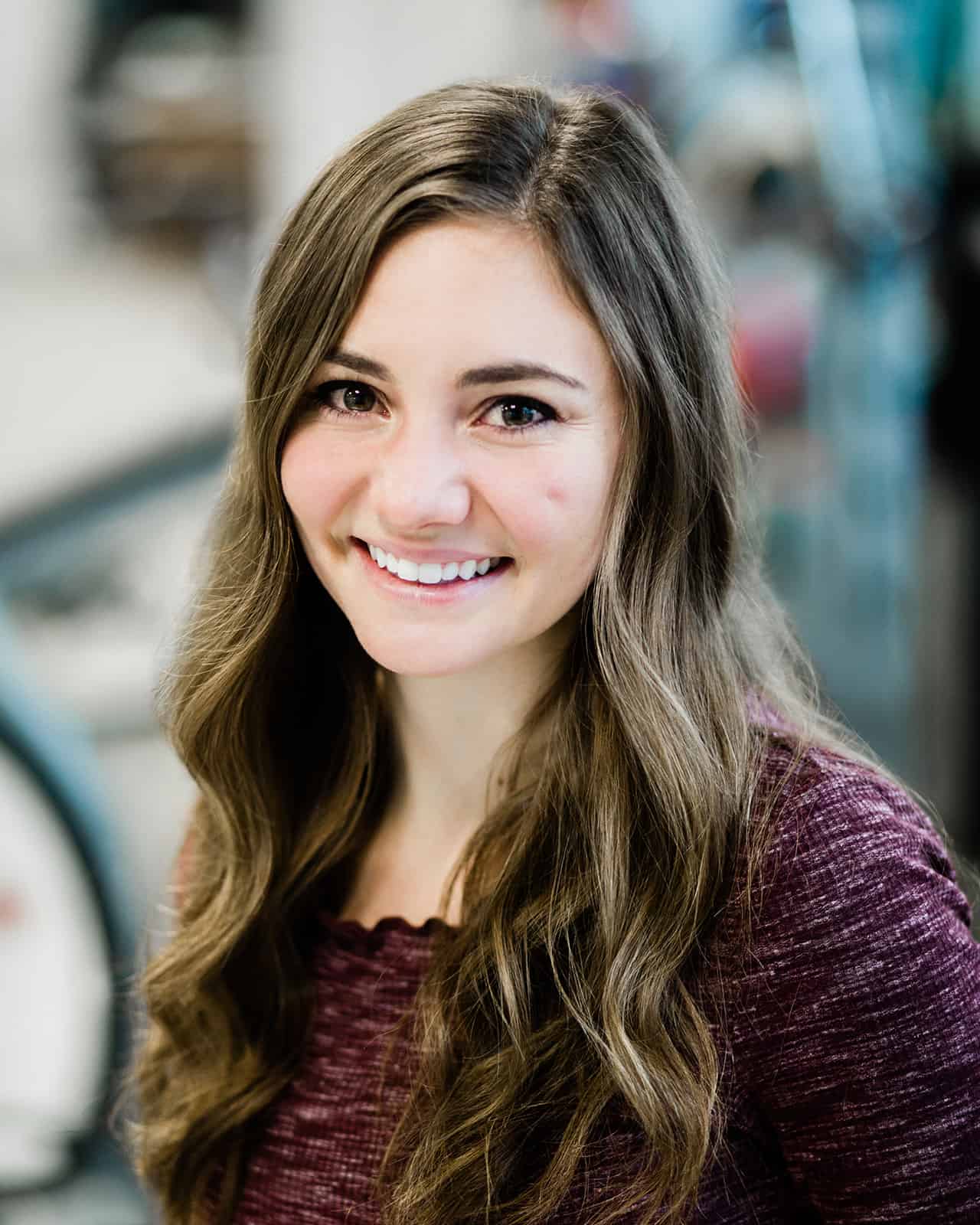 Charlene jointed Align Therapy in 2018 and has experience treating a variety of orthopedic conditions.  She has been trained in scoliosis specific exercise as well as spine and orthopedic treatment.

She enjoys being outside and active, and has a history in dance, martial arts, and Crossfit.  She is a great addition to the Align Therapy team.  READ MORE....